Located up the hill, Xavier's (St. Xavier's College, Mapusa, Goa) is an entire world in itself, dotted by thousands of students who spend the best years of their life there. Those who've been lucky enough to study here know the intricacies that run and rule this place. Here are 25 things you'll relate to if you've studied at St Xavier's College, Goa.

#1 We are all lost during the first day of college

It's like we've entered an altogether different world - new faces everywhere. Because people from all over Goa come to Xavier's.But if you're lucky enough, you spot a school friend somewhere in the crowd.

#2 Then you start making friends, and life feels amazing

Within days you start settling in, making friends and start hanging out in groups too. There's never a dull moment at Xavier's.

#3 We don't have freshers party, even though we wished we had

We have an official inaugural programme though, and it's compulsory to attend.

#4 We have a lot of clubs and societies

In the first month of college, we are introduced to so many clubs and everyone has to join atleast one. But we obviously end up joining more than one since they all are so interesting and seem fun.

Because not everyone rides a bike to college in the rains. We take the crowded college bus and securing a seat in it is a skill only few can master.

Indeed, we still reminiscence of the crazy stuff we did along the way.

Babaji and Andy's was a regular hangout place. Or we'd stop by at the gada right next to college to grab packets of chips or candies to munch on as we walked down the slope.

#8 Sitting at the ground was sure fun

Free lecture hours were spent at the ground instead of the library. The safest place to be on campus when we bunked a class was the ground.

We found it safer to avoid bumping into him than being sent home to change clothes. But avoiding him wasn't all so easy since he was always  striding to and fro from the teachers parking to the admin block every morning.

#10 We'd love sitting in the lobby in the afternoon

Chatting and trying to pass time or completing assignments. And checking out people.

From making new friends to catching up with friends, the food court has seen the most number of friendly hugs. The constant chattering, loud laughs, someone sitting under the tree with head buried in a novel, someone playing the guitar and singing - everything gave this place a jolly vibe.

#12 Every one gave a new name to the dogs

'Rikshaw' was our favourite. Even though every one fed the dogs and each class gave a different name to them, the dogs never seemed confused.

#13 Chana Bhaji at Dungeon was our everyday breakfast

We almost missed the first lecture as we gorged on our chana bhaji and chai at the canteen.

#14 We sat at the benches outside Arts block almost everyday

And occasionally we had outdoor classes there too.

#15 We waited for the first Friday of every month

Since there would be mass, hence a free class.

We were asked to pose for a photo or act in a video (mostly by the mass comm students) at least once in those three years. Also, almost everyone was begged to be a Psychology subject and we obliged on more than one occasion. Or sometimes, we were the one requesting others.

#17 Sleepless nights? We’ve even lost count of those

The many, many assignments and presentations that we go through - well, they’re the reason why we become so great at what we do! Also, reading notes a day prior to exam was a skill we mastered after stepping into Xavier's.

#18 Hours were spent at the photocopy stall outside college

Because collecting notes made us feel confident of answering exams - even though we hardly read any of it.

#19 Events were the most fun

Because we'd spend days practicing and make loads of new friends before and during events. And we'd make sure we win almost every time. And getting rewarded with a Xavier's bookmark when we clicked a group photo in the lawn with Principal was a memory we still laugh over.

Because we had a tough time competing with so many departments to battle for the trophy. So we discovered new talent or forced random people to participate in any competition.

This was the most awaited event ever! Going to prom (even though it was during the day) and walking in with anyone random when you didn't have a date was all cool. It was one event where the entire college - all the students, faculty and non-teaching staff came together to party. Also, the unofficial post parties were always legendary.

#22 December was the most fun month

Because what started with Socials ended with Christmas Celebrations followed by a vacation, with so many events all throughout the month. Not forgetting Sports Day and Plus Points.

#23 Farewells were the most tearful

With hugs and promises to keep in touch forever, they were indeed emotional. With women all decked up in pretty sarees and lovely dresses, and men dressed their formal best, it was kind of difficult to recognise our friends who wore baggy jeans and sweatshirts to college for three long years.

Xavier's sure did teach us a lot of things, not just in the classrooms, but otherwise too. We magically grew up in those three years.

We are proud to be Xavierites! Forever.

Those years sure were fun. I have so many memories at Xavier's and I'm sure you do too. Comment below with your favourite memory of Xavier's. Also, comment below and let me know if you think I've missed out on any point. AND SHARE THIS POST WITH ALL THE XAVIERITES YOU KNOW.

Thank you Esha and Jonas for the help!
Posted by Flexcia at 11:53 AM 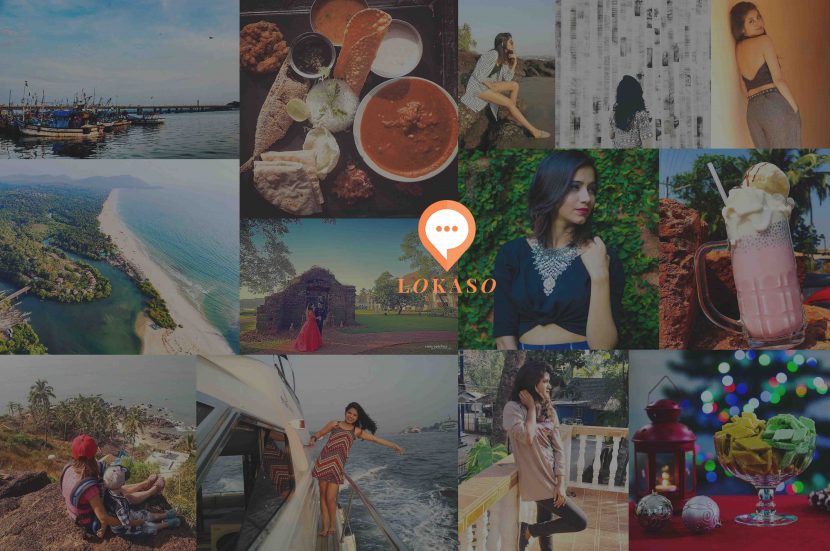